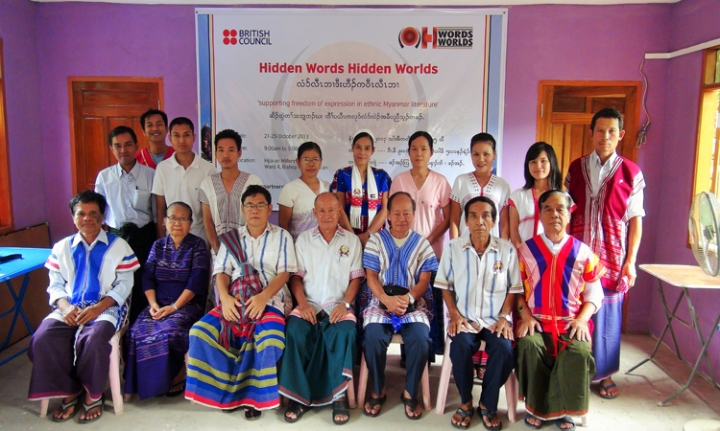 The first workshop was held in Hpa-an at the Millennium Centre from Monday 21st October to Friday 25th October.

13 members of the Hpa-an community – 7 men and 6 women, ranging from 21 to 74 years old and representing the three main language groups,  Sgaw, West and East Pwo – attended the workshop.

A live Literature night was held on the last night of the workshop in a celebration of traditional Karen reading, singing and dancing.  Over 100 Hpa-an community members, state party officials and NLD officials, 88 Generation, educators and students, enjoyed listening to the workshop participants read from their works in Sgaw, West and East Pwo, renditions of traditional Karen songs and a 30 minute performance from an 18 strong ‘Dong’ dance troupe.

The participants now have one month to return their finished manuscripts to a chosen panel of Karen literature judges who will select the best Sgaw, West and East Pwo story to be included the Hidden Words, Hidden Worlds anthology.