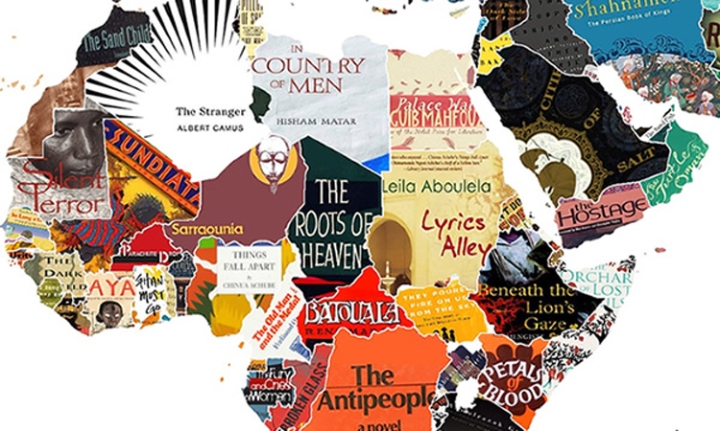 According to Reddit user Backforward24 it is.  Yesterday, Coconuts ran an article on a literary map of the world uploaded onto Reddit which purportedly shows the favourite book in each country.  Backforward24’s choice for Myanmar was Nu Nu Yi (Inwas)’s inspirational ‘Smile as they Bow’ translated into English by Alfred Birnbaum and his wife Thi Thi Aye in 2008 …

The simple answer, is, well, no!  Is it the most popular novel written by a Burmese available in English to buy outside of Myanmar by non-Burmese looking to read fiction from that country?  Yes, probably.  But then that would certainly make less of a snappy title.

The uploader of the map doesn’t really explain how they came to their choices, and given the works ascribed to other countries, googling books written in English from every nation constituted much of the research (in the case of Argentina, the uploader admits that they chose Borges because ‘people’ told them to do so, then randomly picked Borges’ anthology, ‘Ficciones’, as it was representative of his work as a whole and not necessarily his most popular book, which defeats the purpose of the map in the first place).

While it may seem like an exercise in futility (how do you define popularity in literature? Number of copies sold, length of time in print, number of awards won?) it is a lovely conversation (argument?) starter, which I think was the point of the literary map and all the effort the user put into creating it.

If going by the number of copies sold I would guess that many of Mya Than Tint’s translations from 1960’s would be a contender for the title.  Though with no central record database keeping track of sales copies in Myanmar it would be impossible to confirm.  If solely on number of editions, can many beat Shwe U Daung’s U San Sha stories, which have been continuously reprinted since the 1920’s?  U Ponnya perhaps?  The Burmese poet and dramatist is still being read and published 150 years later.