If you buy enough books on Myanmar from foreign writers you start to notice something eerily familiar about them all.  It’s not just the content, though travel memoirs and political narratives are perennial favourites and Myanmar does seem to be becoming a popular ‘exotic’ setting for romance writers …

No, it’s something else.  The covers.

When it comes to designing the front covers of their next work on Myanmar, many publishers seem to slip into a default mode, where a nation of such geographical, ethnic, linguistic and religious diversity, (ironically a diversity often trumpeted by these same publishers as the reason for that book’s publication) is diminished into three:

Non-fiction, perhaps not surprisingly, given the travel narrative’s similarity with the travel guide, is particularly guilty, while fiction, despite the scope for more expressive interpretations of the narrative is just as lazy.

This is not a criticism of the authors of these books.  I was lucky, many writers have no real input in the design of their cover even when that cover perpetuates stale imaginings which often bear little resemblance to the story.

So here it is, 31 reasons why publishers need to rethink Myanmar.

Reason # 31
Not to be outdone by its rivals, the latest edition of the Rough Guide to Burma 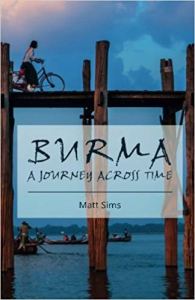 Thant Myint U’s publishers seem to have a fondness for the trope with ‘River of Lost Footsteps’, (2008) 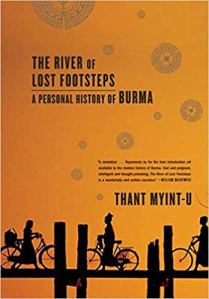 As yet unpublished works are not exempt, for example David Eimer’s ‘A Savage Dreamland: Journeys in Burma’ (2019)

Reason #26
Do Bloomsbury really think the average reader is going to be convinced to buy a book on the legalities of constitutional amendment by slapping a photo of U Bein Bridge on the cover?  Apparently they did, because here is ‘Constitutionalism and Legal Change in Myanmar’ (2017)

Reason # 25
A perennial on any list of books on Burma and serial U Bein bridge lover, ‘The Glass Palace’ (2002) by Amitav Ghosh 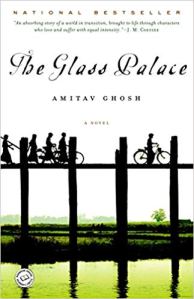 It pains me to say, but both of Jan-Philipp Sendker’s great books on the list. First up is ‘The Art of Hearing Heartbeats‘ (2013 reprint) 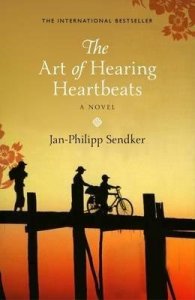 Reason # 23
Daniel Mason’s 2014 reprint of ‘The Piano Tuner‘, which, as if to make itself absolutely clear, has both U Bein bridge and Bagan.

Reason #21
And ‘My Myanmar Years: A Diplomat’s Account of India’s Relations with the Region’ (2015) by Preet Malik 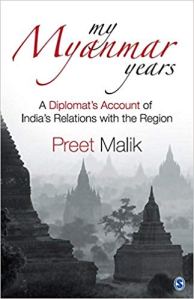 Reason # 20
Even the respected David Steinberg is not immune, with ‘Burma: The State of Myanmar’ (2001)

Reason # 19
And not to be left out is ‘Myanmar: An illustrated History and Guide to Myanmar’ (2012) by Caroline Courtauld

Reason # 18
Another classic, set in Bago but of course with a cover of Bagan is ‘The Jewel Trader of Pegu’ (2008) by Jeffrey Hantover.

Reason # 17
And, ‘Myanmar: Beyond Politics to Societal Imperatives’ (2014) by Robert H Taylor 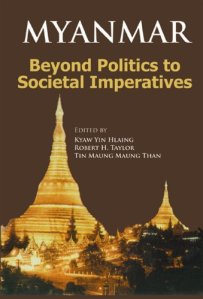 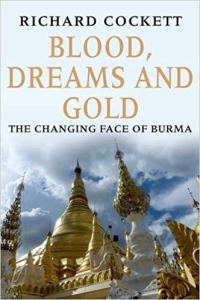 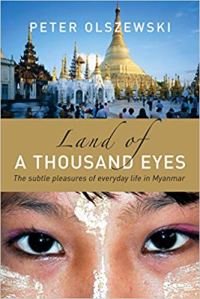 Reason # 11
Thant Myint U again, with ‘Where China Meets India: Burma and the New Crossroads of Asia’ (2011) 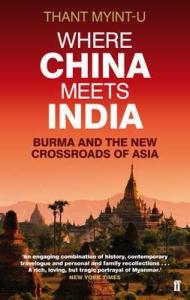 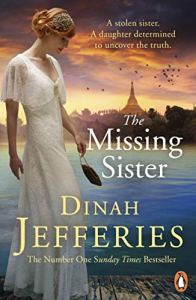 Reason # 6
With similar tastes is the 2019 ‘Insight Guides to Myanmar‘. 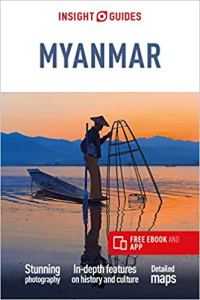 Reason # 4
Perhaps the most well-known, with its striking blue background and evocative shadowing is Emma Larkin’s ‘Finding George Orwell in Burma.’

Reason # 2
Sendker appears once more with ‘A Well-tempered Heart’ (2012).
(To complete the set, the French edition has an Intha Fisherman, the Swedish and Russian editions feature Bagan)

At this point I got tired of crawling through goodreads and amazon, and I’m sure there are more covers out there, (I haven’t even started on the coffee table photography books or self-published tourist e-books), but this leads into my number 1 reason that in every way encapsulates the idiocy of pinning an entire nation into such narrow imaginations.

‘Memories of Burmese Rohingya Refugees: Contested Identity and Belonging’ (2018) by Kazi Fahmida Farzana.  This is a serious book by a serious writer and published by a serious publisher (Palgrave Macmillan).  Given the nature of the work, you would think they would have taken special care and deliberation on the cover design. You would think wrong.  In a ‘critical analysis of the Rohingya refugees’ identity building processes’, what did the publishers decide on?
A (presumably Buddhist) ethnic Shan Intha fisherman!

At this point, it is only fair to finish with a quick, honourable mention of those publishers who have worked around this lazy exotification:

Harpers’ ‘From the Land of Green Ghosts’ by Pascal Khoo Thwe

Any book by Frank Kingdom Ward

Finally, Burmese Days.  Despite looking at over 25 different editions of Orwell’s classic, not one featured a young thanaka-wearing Burmese girl rowing a boat at sunset under U Bein bridge inexplicably towards Bagan.

And if anyone is interested, here is the front cover for my book, The People Elsewhere.